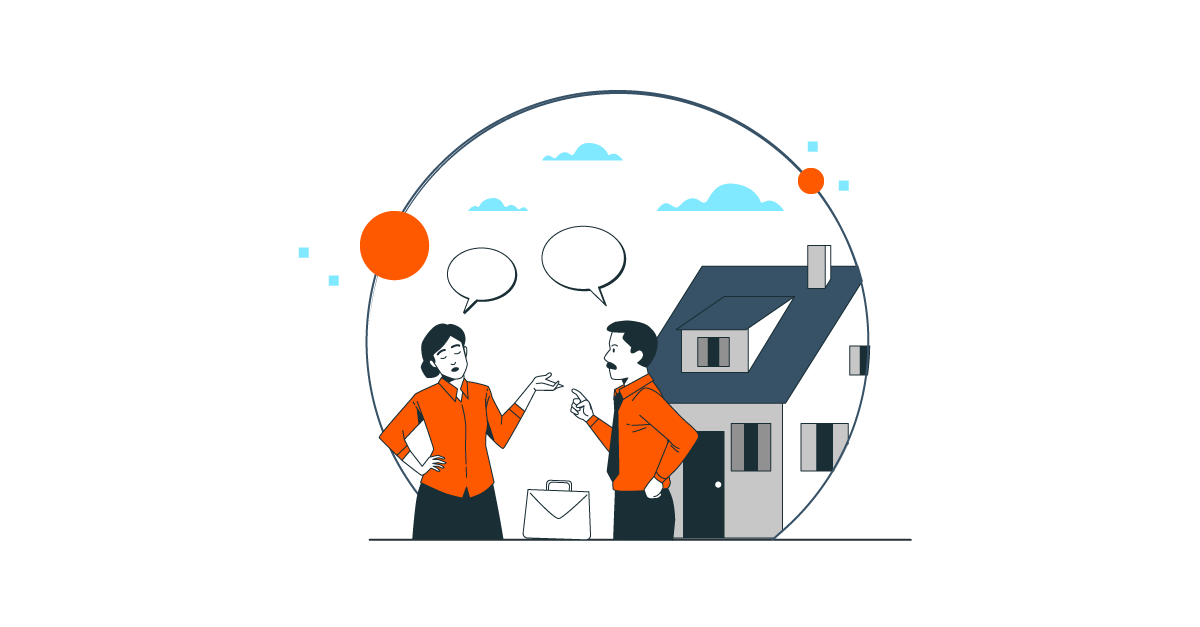 What Is The Property Ombudsman Code of Practice?

The Property Ombudsman (TPO) Code of Practice provides tenants and landlords with a redress scheme for disputes with letting agents.

The Property Ombudsman (TPO) is a not-for-profit organisation that offers impartial resolution for property disputes.

This article explains what TPO is and how the code of practice works.

What Is the TPO Code of Practice?

The Property Ombudsman (TPO) is a not-for-profit organisation that offers impartial resolution for property disputes.

Its code of practice is a series of rules that set the standard for lettings and estate agents. It offers both landlords and residents the right to redress.

There are several versions of the code available. Each refers to a different type of agent or a different part of the UK.

For example, there is a code of practice for residential lettings agents in England and another for Scotland.

Agents are required by law to sign up to a redress scheme, although the TPO code of practice isn’t the only one. Another example is the Property Redress Scheme.

If your letting agent is not a member of a scheme then they could be fined up to £5,000.

If you have a complaint about an agent, you should find out which scheme they are members of and go through them.

How Does It Apply to Landlords?

This means it can also protect you from a letting agent’s poor practice.

For example, if you think that your letting agent has not been meeting the standards set out in the code then your reputation may suffer. If this happens, you can report them to The Property Ombudsman.

It keeps you up to date

The code is constantly changing to reflect the latest developments in the property industry.

Following these changes can help ensure that your property company remains up to date with requirements.

For example, issues with damp and mould in rental properties have received a lot of media attention recently. The Property Ombudsman has announced that they will be taking a new approach to dealing with these issues to ensure they get the attention they deserve.

In the past they have also announced changes relating to communications and GDPR.

All Propertymark holders are TPO members

Propertymark is the UK’s largest membership body for property agents. To become members, letting agents need to be registered with TPO.

They can use the logos of both organisations on their marketing materials as a sign of professionalism, trust and respectability.

What Does It Not Cover?

If the organisation finds that this has happened, it will report the incident to the appropriate authorities. This could include local trading standards, the police or a court.

Instead, the code focuses on whether the letting agent has adhered to best practices.

What Powers Does the Ombudsman Have?

The Ombudsman has the power to:

The case study below shows the sort of case that TPO deals with and the decisions that it makes.

A landlord complained to TPO about their letting agent after tenants used their property for criminal activity. They grew cannabis plants and caused around £8,000 of damage.

The landlord also complained of other failures, such as the agent failing to report suspected criminal activity at the property to them.

The agent accepted some of the failures and offered the landlord £600 as a goodwill gesture. But the landlord rejected it.

What Is the Process?

Here is the process if you or one of your residents wants to complain to The Property Ombudsman. It takes between 30 - 90 days.

Attempt to resolve the issue with the agent

Before contacting The Property Ombudsman, you should complain to the letting agent. You should contact TPO if:

When writing a complaint, you should make it clear what you think would resolve the dispute. For example, would you like financial compensation or just an apology?

An adjudicator will consider the documents submitted by you and the agent. If the case is simple then it may skip adjudication and get resolved early.

Sometimes the complaint is valid but not relevant to the code. If this is the case, the Ombudsman will suggest third-party mediation.

The more complex and egregious the case, the higher it will be escalated and the longer it will take. The Ombudsman personally deals with issues where the compensation is £5,000 or more.

Finally, the Ombudsman will write to you explaining their final decision. If the letting agent is found to have broken the code of practice they can be asked to:

Delivering a great service to tenants is tough for landlords and letting agents. Managing repairs and maintenance and communicating with residents and tradespeople is complex and can cause costs to spiral.

EVO is a digital platform that brings together landlords, tenants, tradespeople and letting agents all in one platform. It significantly increases efficiency and reduces costs, while improving landlord and tenant satisfaction.

Not-for-profit company Capital Letters has made a major move in it’s work to tackle the homelessness crisis by partnering with unique property maintenance company EVO Digital Technologies (EVO) to digitalise its repairs, maintenance and compliance services through a unique tenant-driven platform.

EVO has joined the SEC Dynamic Purchasing System for Responsive Repairs, Voids and Planned Maintenance Works and Services, providing access to their 49 members and 446,000 properties 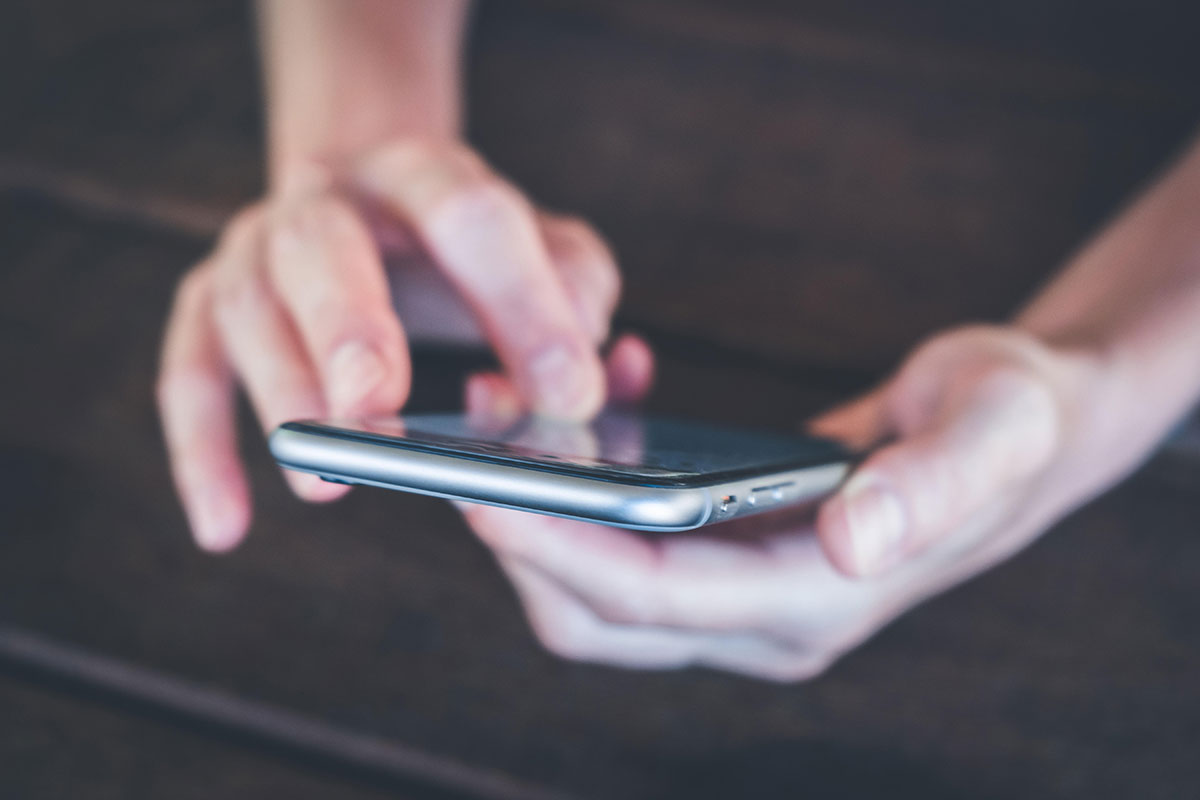 The benefits of using smartphones for and a digital workflow for reporting and tracking repairs is highlighted by an Inside Housing case study of an EVO client. 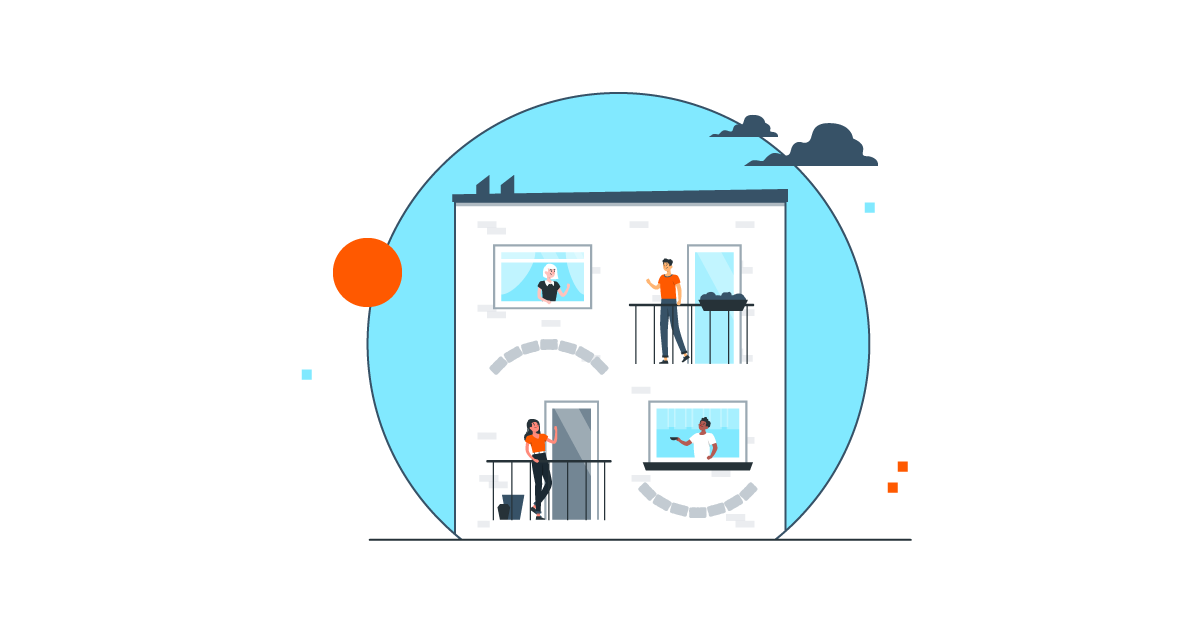 Do I Need an HMO Licence for Three Tenants? Landlord HMO Guide

Do I need an HMO licence for three tenants? How do I perform an HMO licence check? This guide answers these questions and covers everything you need to know about HMOs. 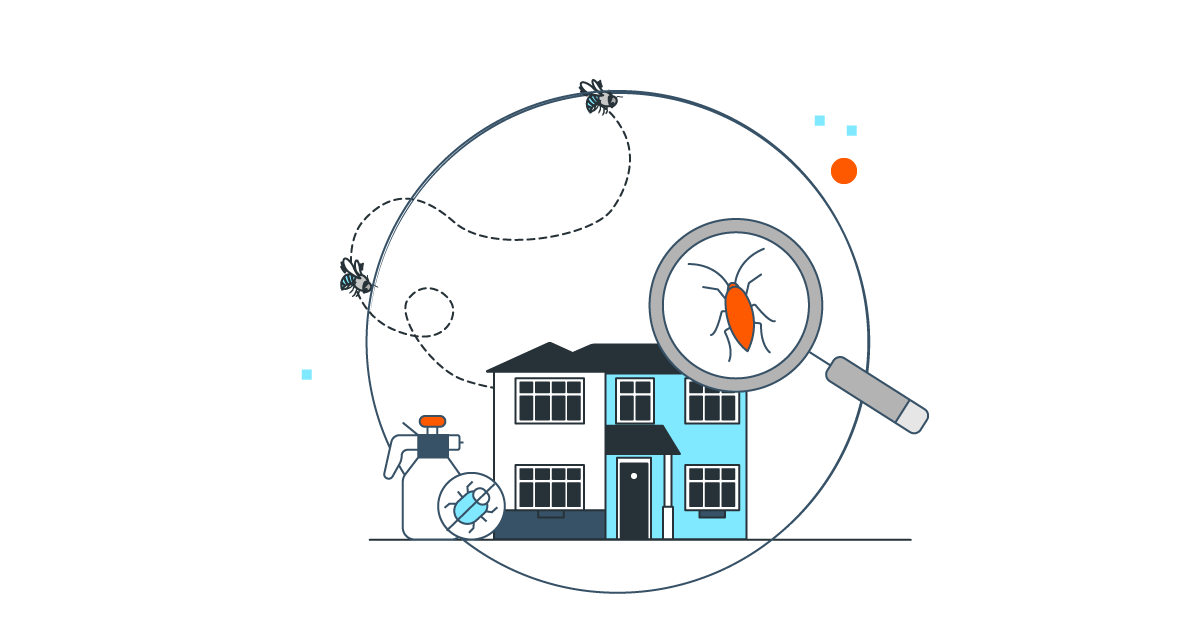 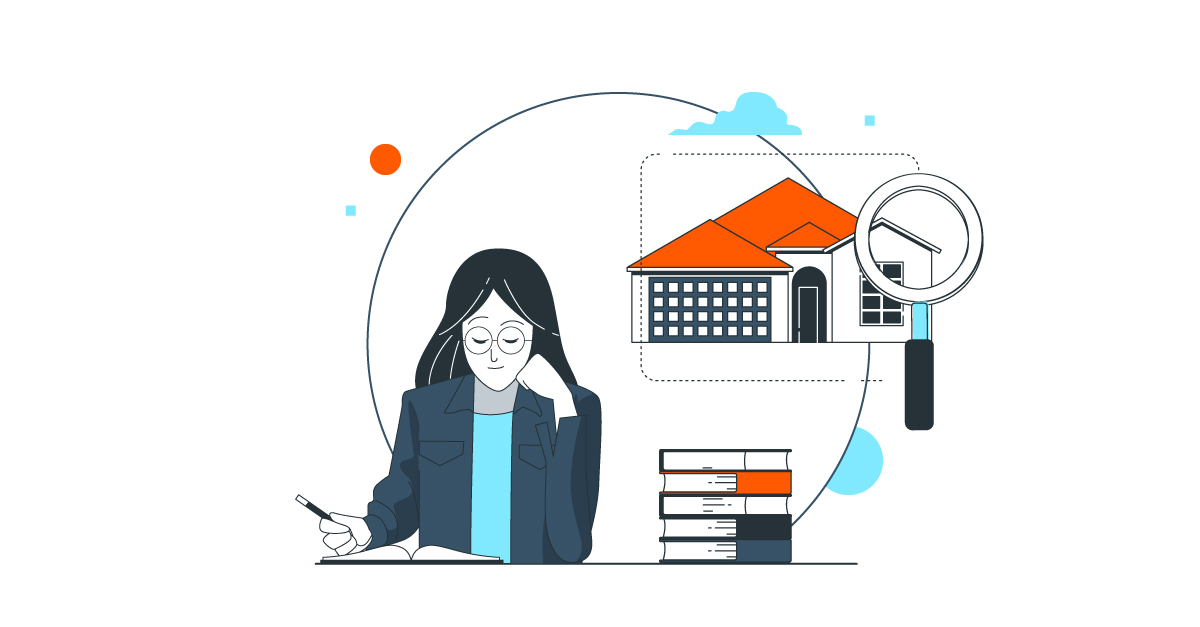 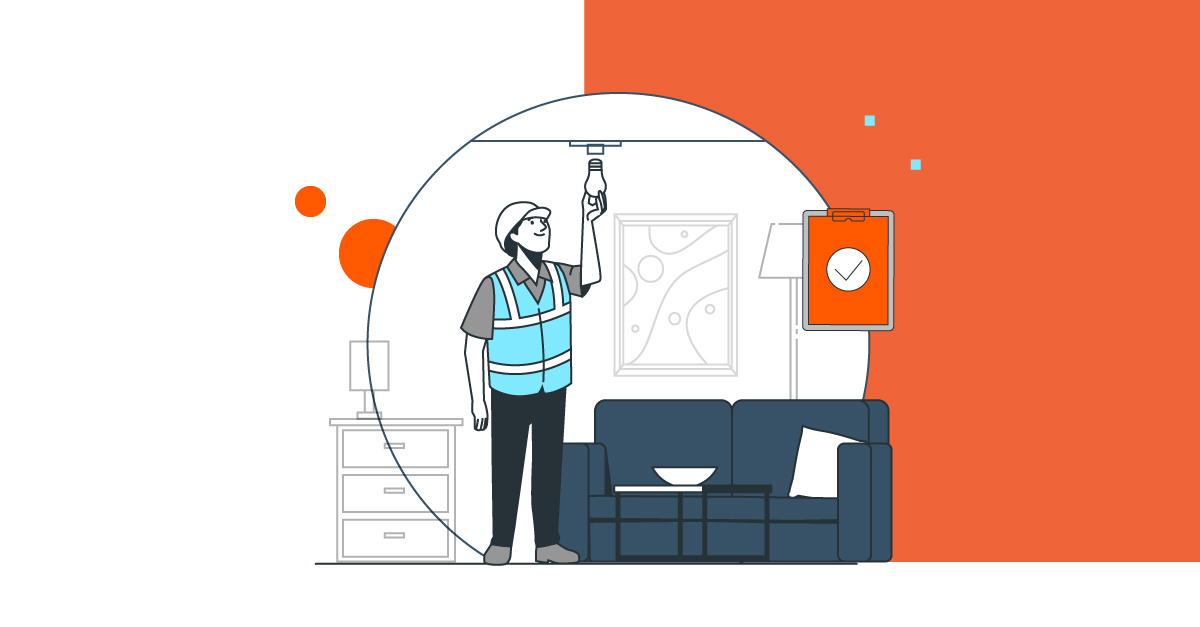 A Guide to Effective Property Maintenance

Property maintenance helps keep tenants happy, stops your property from falling into disrepair and keeps you on the right side of housing regulations. But high costs and difficulties finding skilled people make it challenging. This guide highlights all of the basic information you need to know. 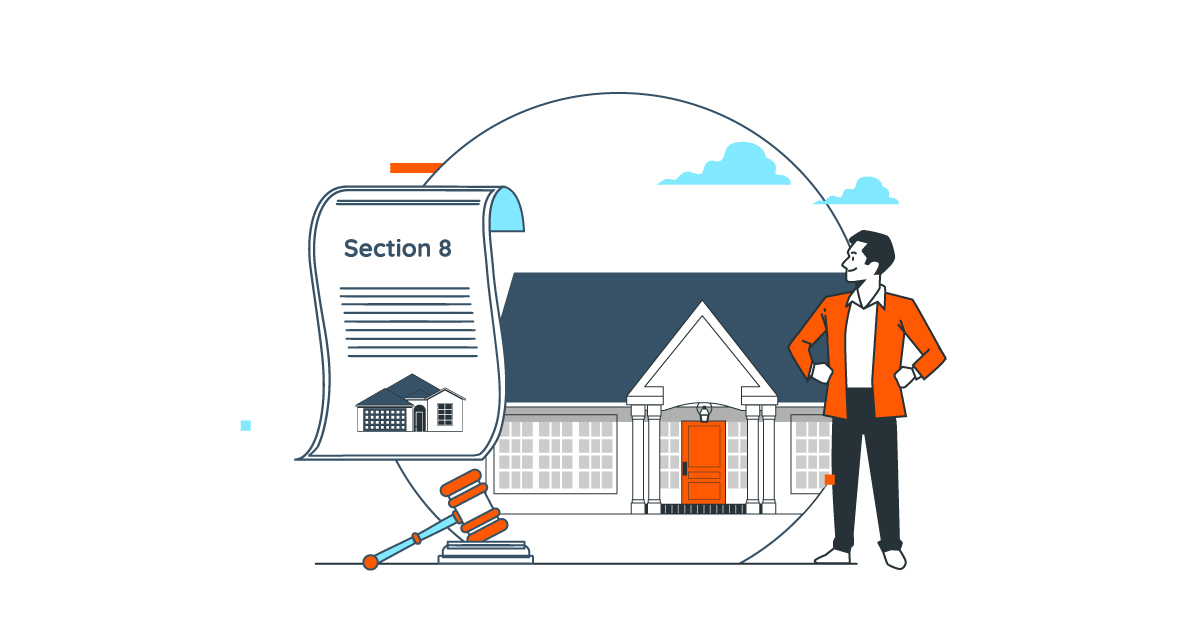 Section 8 Grounds: Everything You Need To Know

This guide explains everything landlords and tenants need to know about changes to the Section 8 grounds for eviction. 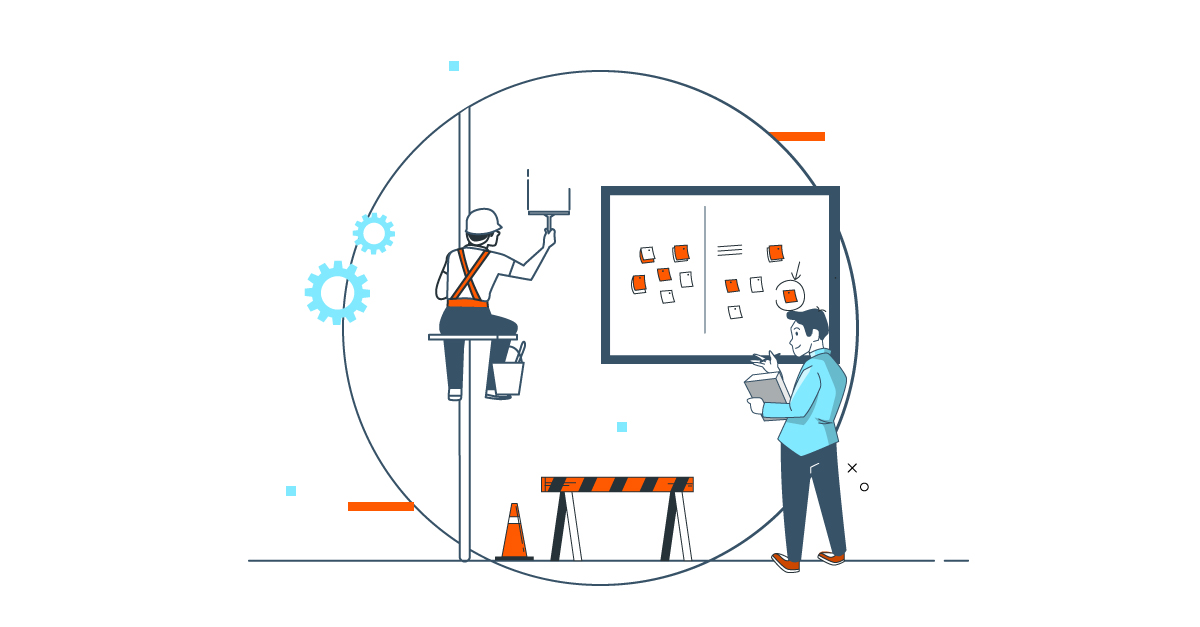 What is Planned Preventative Maintenance?

Planned preventative maintenance is a great way to keep your property in top condition, reduce your costs and keep your tenants happy. 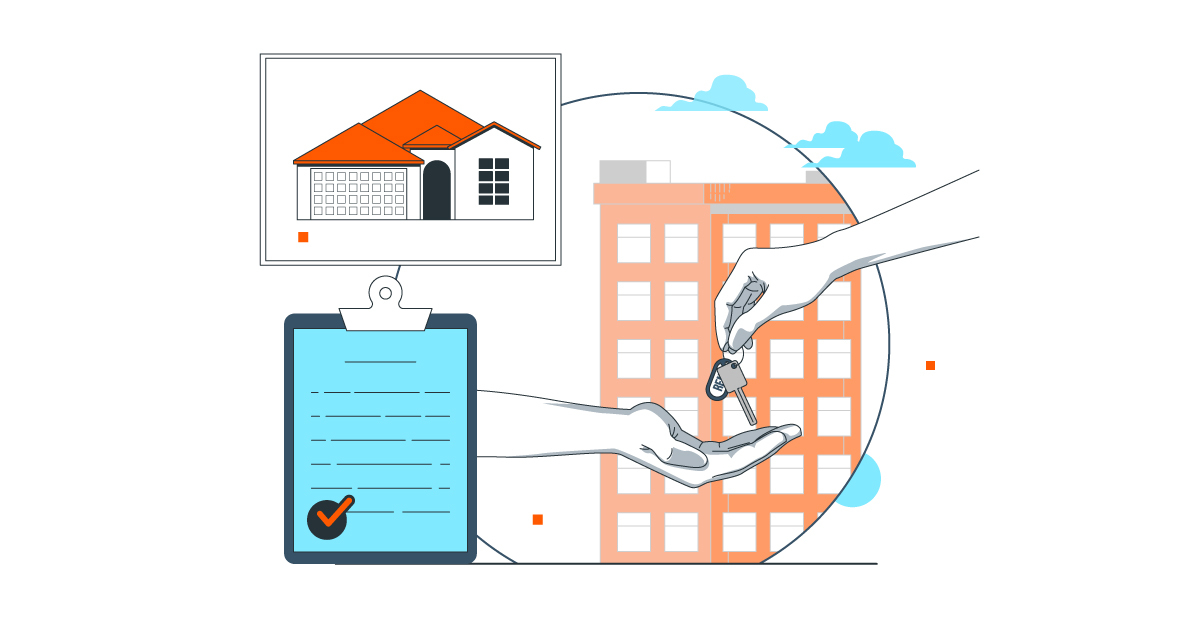 The Renters Reform Bill 2022: Everything You Need to Know

The biggest change in the rental sector for over a decade.... 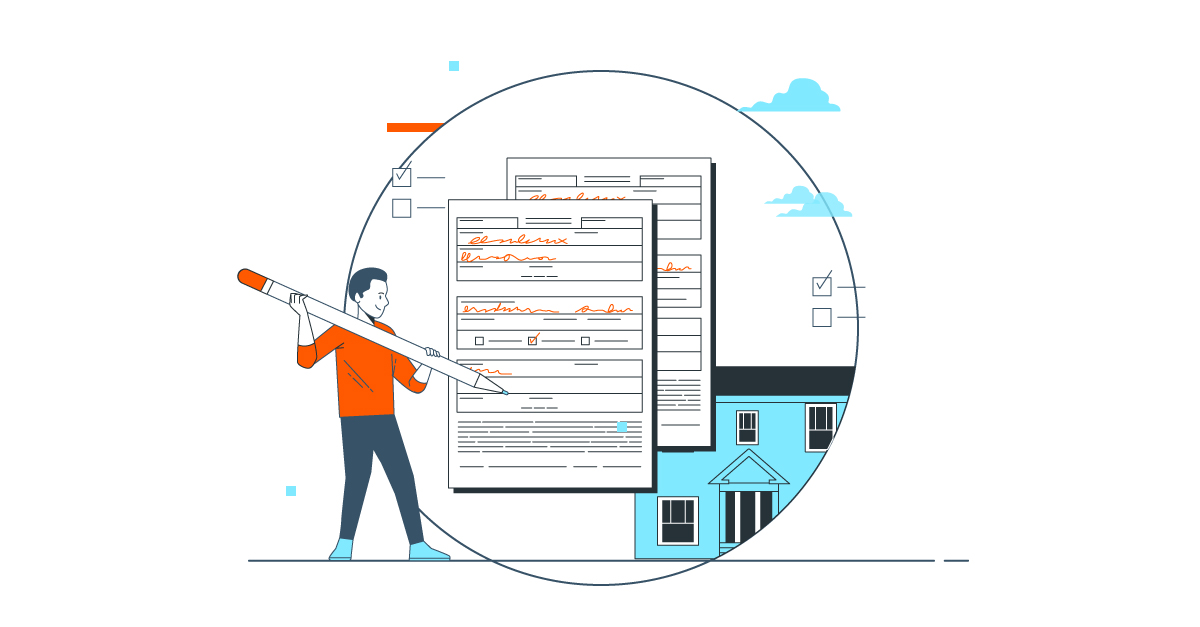 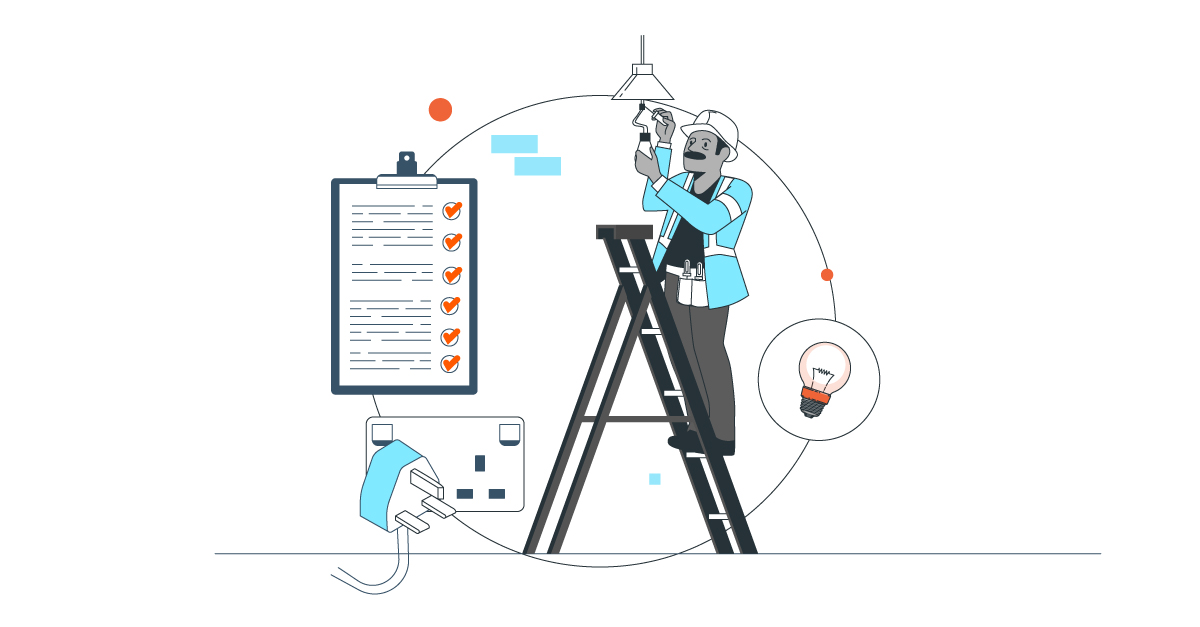 Electrical installations are subject to wear and tear and if they are not checked on a regular basis, they can become dangerous... 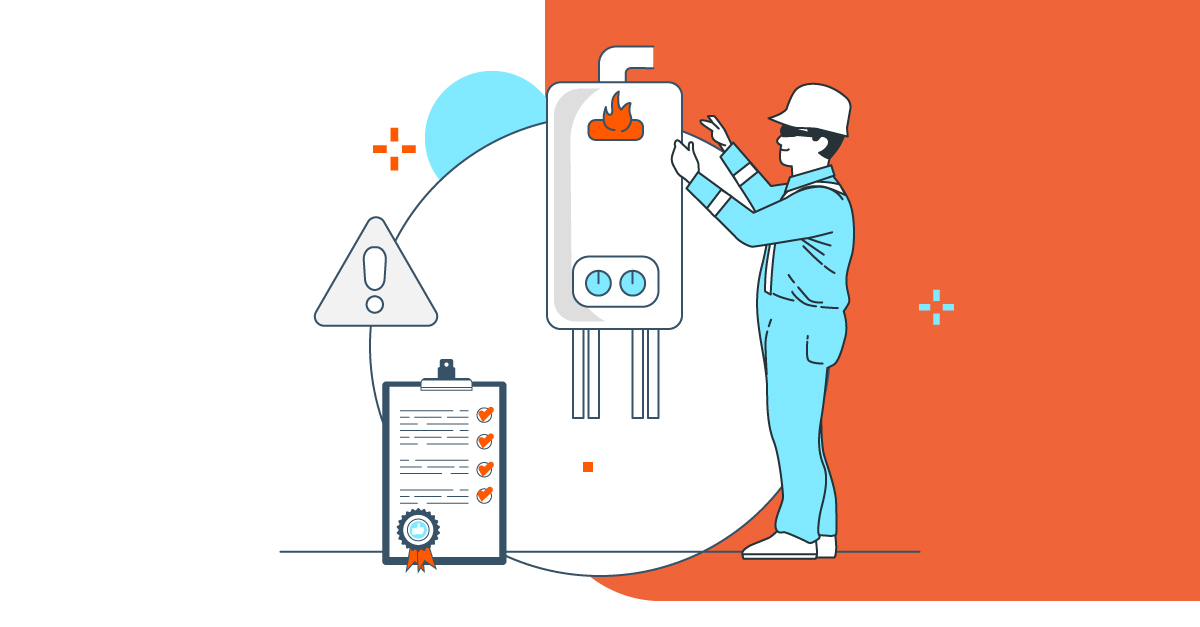 Building Regulations are formulated to ensure that buildings are safe to live in. All rented properties in the England and Wales must have a valid Gas Safe certificate. 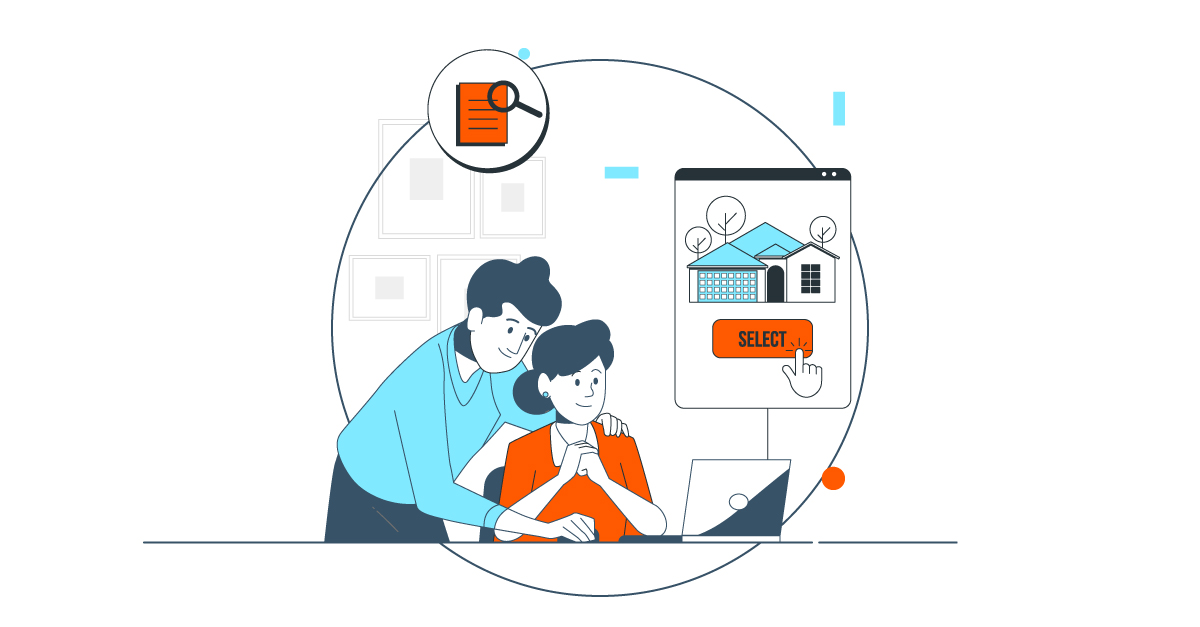 How to choose the Right Property Management Company

For many landlords in the UK, renting out properties can be time-consuming and stressful. An experienced property management agency can do the work for you, but which one best fits your needs? 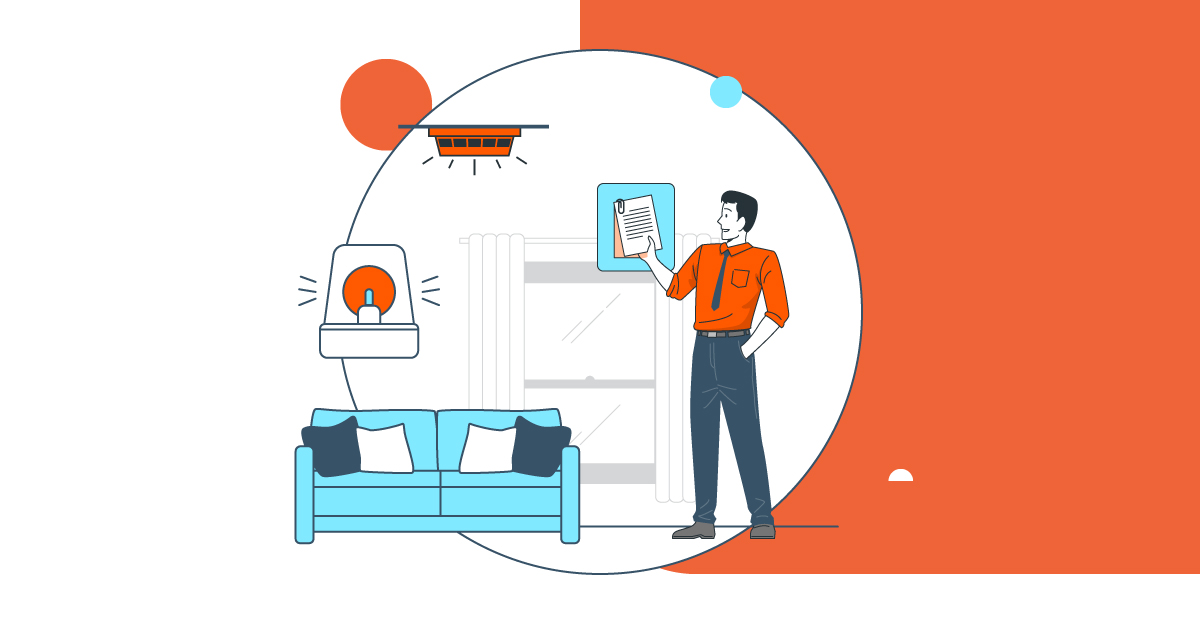 What Landlords Need to Know

New government proposals planned for 2025 are going to increase the requirements on landlords to make their properties more energy efficient.... 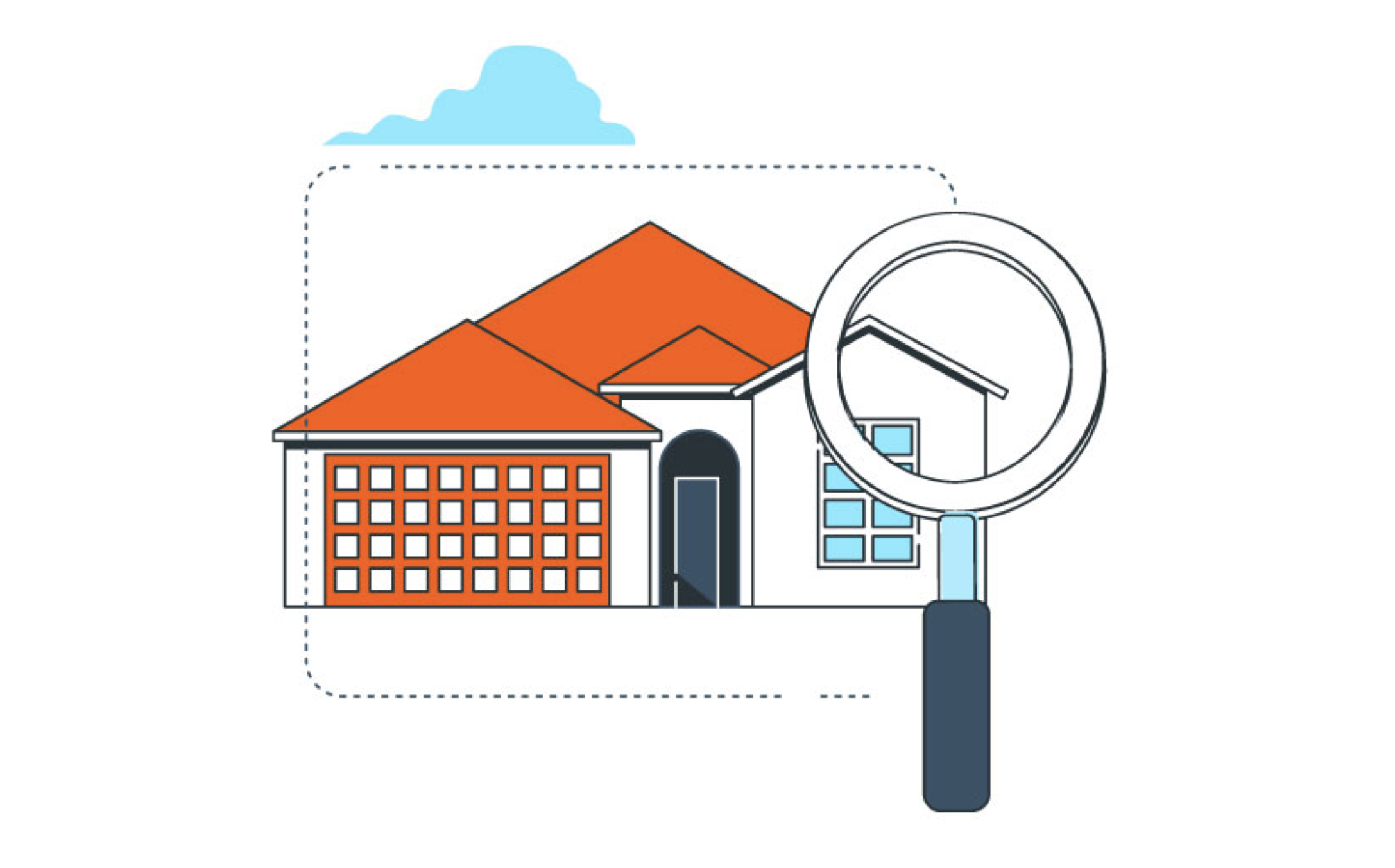 The House of Commons Committee of Public Accounts has published its report following an inquiry into the regulation of England’s private renting sector. 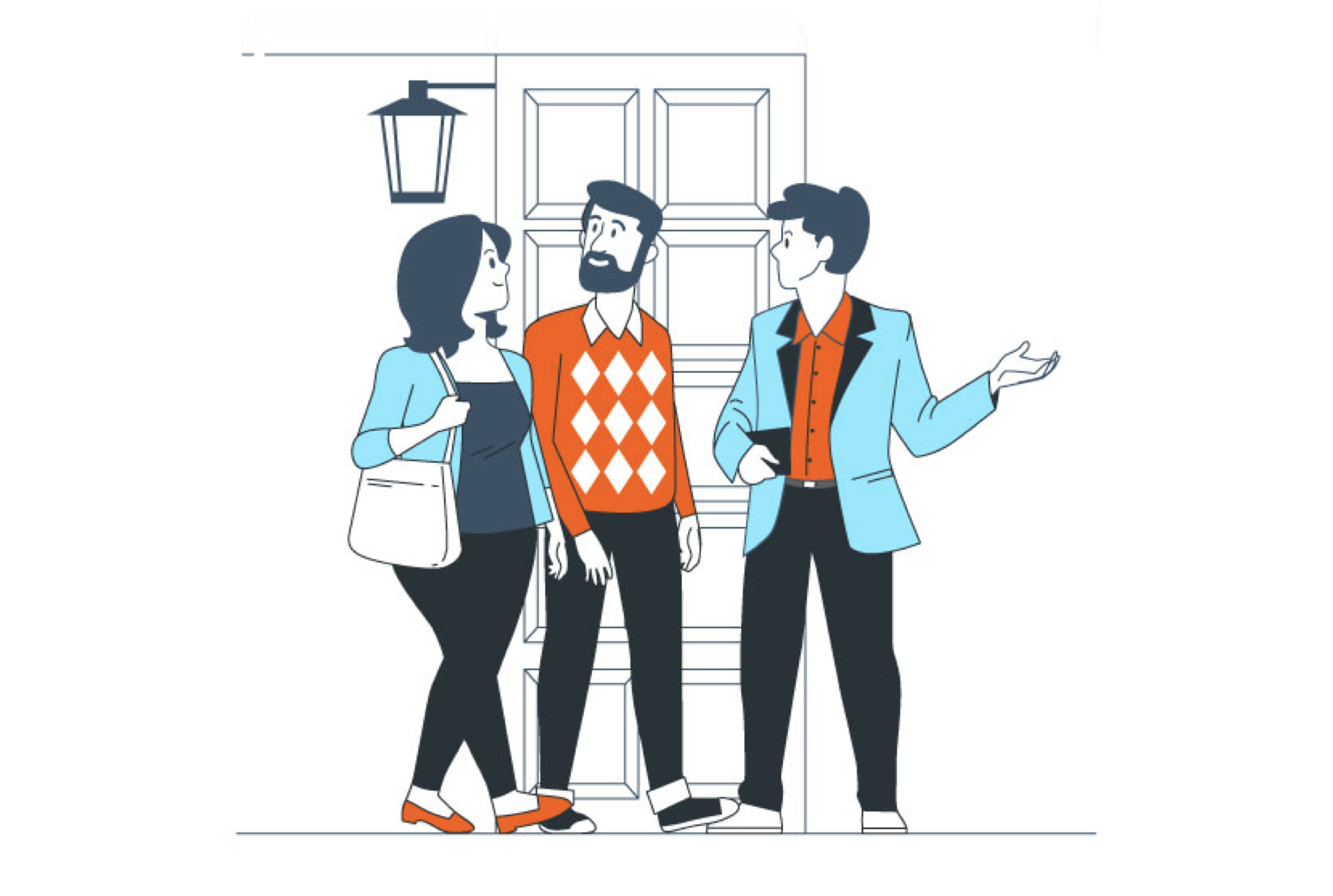 The Tenant Experience and Why It Matters

Tenant experience is the most important phrase most landlords don’t use. However, it is a key part of a successful rental agreement that benefits both parties...